Nicholas Grose purchased Jolley’s Farm Toys & Diecast at the beginning of 2014, and moved the physical store from its original location in Meaford to his property just south of Arthur. Then, in June of 2021, he moved again — down the road aways to the location of his family business at Husky Farm Equipment, just outside Alma. 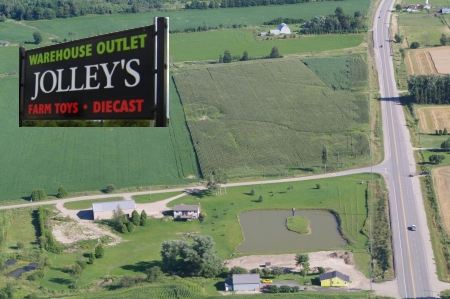 A long-time collector with a strong agricultural background, Nick had bought toys from – and created toys for – Jolley’s from a young age.

Nick is proud to carry on the vision of Ralph Jolley, who founded the store, and he looks forward to meeting all the collectors and helping you grow your collection or find that perfect toy.

Jolley’s offers more variety, with more complete lines from the major manufacturers and more construction toys than you’ll find in most other places. Have a look around our online store, and if you’re in the neighbourhood, come in for a visit. 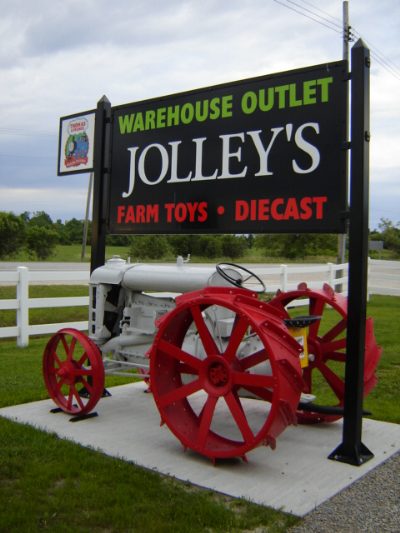 A long tradition of farm toy collecting and retailing

Ralph Jolley opened Jolley’s Cycle & Hobby on the main street of Meaford, Ontario in 1966. In the years since, Jolley’s Farm Toys & Diecast has become a well-known retailer of the best farm toys, replicas, die-casts, children’s toys and riding toys available.

Ralph was always intrigued by replica toys, and having grown up on a farm, he was enthralled by farm toys. “Farming’s in my blood and always will be,” he said. “I guess this is my way of expressing it.” While he offered farm toys since he opened the doors of his store in 1966, it wasn’t until the late 70s that he started collecting. “I discovered some stuff that was discontinued and some things I’d never seen before, but actually it was my wife, Joanne, who said, ‘You should keep a couple of those.'” He laughs. “She regrets saying that to this day.” Today, Ralph’s personal collection includes thousands of rare farm and diecast toys.

Over the years, Jolley’s diecast offerings expanded as new lines were introduced, and included an extensive stock of discontinued items, as well as toys beyond diecast and replicas. Nick continues to collect today, and looks forward to helping you find the perfect toy for your collection.